Daniel Buckman served as a rifleman in the US Army’s 82nd Airborne throughout the 1980s. Upon discharge, he took a BA and MA in American Literature from the University of Illinois at Chicago. He has worked as an English instructor at City College, crime journalist at USDC-Chicago, market researcher, and freelance writer. He has published four novels: Water in the Darkness (Akashic), The Names of Rivers (Akashic/Picador USA), Morning Dark (Saint Martin’s Press/Picador USA), and Because the Rain (Saint Martin’s Press/Picador USA). He currently lives and works in Chicago. 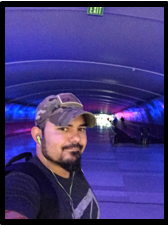 Sean F. Tyler is a prior service US Army Sergeant in the Infantry as well as a Captain (Med. Ret.) in the Medical Service Corps, with a BS in Exercise Science from the University of Tampa. Sean served during one combat deployment with the 1st Battalion 9th Infantry Regiment, 2nd Infantry Division from October 2006-December 2007. Following medical retirement 2013 Sean had a short stint in the sales industry, but felt his talents and passion could be used elsewhere. In this redirection Sean chose to focus his attention on his fellow veterans working for and volunteering with multiple veteran focused non-profit organizations including Military Experience and the Arts. In his free time Sean writes poetry and short fiction, performs slam poetry, and is learning to play the guitar.

Brian Mockenhaupt has written extensively about the wars and veterans’ issues for The Atlantic, Esquire, Reader’s Digest and Outside magazines, which has included several reporting trips to Afghanistan and Iraq. He served in the Army from 2002 to 2005 and did two Iraq tours as an infantryman with the 10th Mountain Division. Prior to the Army, he worked as a newspaper reporter in Providence, Rhode Island, and Phnom Penh, Cambodia. He studied journalism at Northwestern University and holds an M.F.A. in Creative Nonfiction from Goucher College. 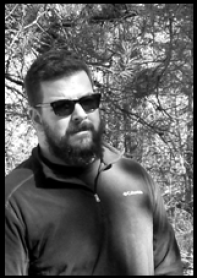 Travis L. Switalski Sr. is a former Sergeant First Class in the US Army infantry and is an Operation Iraqi Freedom as well as an Operation Enduring Freedom veteran with multiple combat tours. He currently works as a Disabled Veterans Case Manager for the Washington State Employment Security Department, helping disabled veterans find meaningful and long-lasting employment. Travis is currently working on a series of short fiction stories about his experiences in combat, and currently resides in Chewelah, Washington where he continues to help veterans.

Tony Daly retired after twenty years in the Air Force Reserves, where he served as an Aerospace Medical Technician and a Unit Training Manager. He has an MA in Creative Writing from SUNY College at Brockport and a BA from the University at Buffalo. Currently, he works with the federal government in the Washington DC Metro area. Primarily, his poetry and short stories have been published in fantasy and science fiction publications, like Illumen, Pure Slush, and The Horror Zine, but has had military-centric work published with 0-Dark-Thirty, and As You Were. Tony has also volunteered as an Associate Editor with MEA since January 2017. For a list of his published work, please visit https://aldaly13.wixsite.com/website.

ason Poudrier is an Iraqi Freedom veteran and Purple Heart recipient. He is a writer, lecturer, workshop leader, instructor, and is the director of events for Military Experience & the Arts and recently directed the second national Military Experience & the Arts (MEA2) symposium at Cameron University in Lawton. He is currently an instructor with the Office of Teaching and Learning at Cameron University and is the faculty adviser for Student Veterans of America and Circle K International. He is also an award winning author and his poems have recently appeared in World Literature Today and Blue Streak. Jason Poudrier has authored two poetry collections, Red Fields (Mongrel Empire Press, 2012) and the chapbook, In the Rubble at Our Feet (Rose Rock Press, 2011). He is currently working on his first novel, Greatest of all Time as an MFA student at Oklahoma City University. 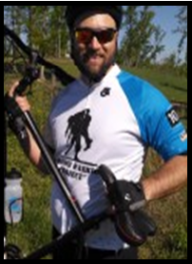 Joseph Stanfill served 14 years in the active army as a combat engineer, and is a veteran of OIF, OEF, & Kosovo. Joseph  has dedicated himself to helping fellow veterans work their way through the myriad mental health issues surrounding combat, sexual assault, and transitioning. His passion is helping veterans to rediscover themselves following trauma, and recognizing the growth and strength obtained through their journey. Joseph’s research interests include psychotherapy, substance abuse, and the military family. He holds a Masters in Social Work from the University of Southern California, with a concentration in mental health and military social work. He is currently a psychotherapist working in the Department of Veteran’s Affairs. Joseph is married and blessed with two children. His hobbies include hunting, sports, and napping.

Randy Brown embedded with his former Iowa Army National Guard unit as a civilian journalist in Afghanistan, May-June 2011. He authored the poetry collection Welcome to FOB Haiku: War Poems from Inside the Wire. His essays, journalism, and poetry have appeared widely both on-line and in print. As “Charlie Sherpa,” he writes about citizen-soldier culture at: www.redbullrising.com; about modern war poetry at www.fobhaiku.com, and about military writing at www.aimingcircle.com. Along with Steve Leonard, he was also co-editor of the anthology Why We Write: Craft Essays on Writing War.

David Ervin served in Operation Iraqi Freedom as an infantryman. He graduated from West Virginia University and has written numerous nonfiction and fiction works.

John Dailey is a Marine Corps special operations veteran with over twenty years of service and tours in Iraq and Afghanistan. He completed an MFA at the University of North Carolina at Wilmington, where he now teaches graduate writing classes. He is editor of the Raider Patch magazine and volunteers with both environmental and veterans causes. His non-fiction has appeared in Consequence, The Bitter Southerner, and Soflete.com among others.

Sarah Maples is a former U.S. Air Force intelligence officer and Afghan War veteran. She holds an MFA in Creative Writing from Fairleigh Dickinson University and a graduate degree in publishing from George Washington University. Her writing has appeared in, among others, The Atlantic, Task & Purpose, ClearanceJobs, and the Line of Advance anthology Our Best War Stories: Prize-winning Poetry & Prose from the Col. Darron L. Wright Memorial Awards. Sarah is a freelance writer, editor, and coach, and the founder of After the DD-214, a resource blog for veterans.

Tammy Ortung is a 25-year Air Force veteran and an emerging creative nonfiction (CNF) writer, who graduated from the Converse College MFA program in January 2020. Her essays have been published in As You Were: The Military Review, The Wall Between Us: Essays in Search of Truth, a Juncture Workshop Publication, and she is currently working on a memoir of her Iraq deployment. Tammy served as a CNF co-editor for South 85 Journal for three years before joining the As You Were team.